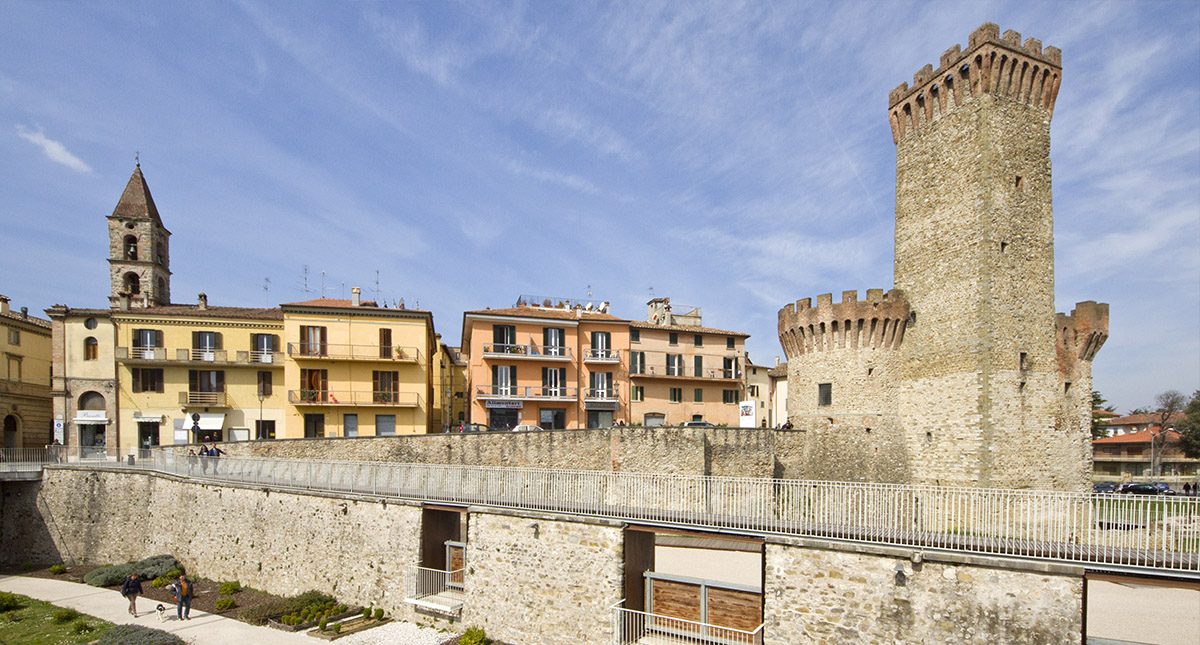 Situated at the southern end of the Valtiberina, Umbertide offers visitors attractions such as the church of Santa Maria della Reggia (a majestic 16th century building with an octagonal plan, surmounted by a dome), the church of Santa Croce (built in 1651, it houses the Deposition of the Cross, a remarkable panel by Signorelli), the Castle of Civitella Ranieri (built in the 15th century, it is considered the most beautiful and best preserved in the area; it is bordered by two cylindrical towers and two square towers) and the Abbey of Monte Corona (founded by San Romualdo in 1008, the order of the Camaldolesi Coronesi originated here; the crypt, the oldest part of the building, is very suggestive).

Montone is a village lying on a hill near Umbertide; of early medieval origin, it is known for having given birth in 1368 to Andrea Fortebraccio, famous mercenary captain who was lord of Perugia. The gothic church of San Francesco (with a beautiful carved wooden door and frescoes of the Umbrian school of the ‘300-‘400) and the Pieve di San Gregorio (XI century, in Romanesque-Byzantine style, contains a Madonna by Perugino and a silver reliquary in which the Holy Thorn of Montone is kept.