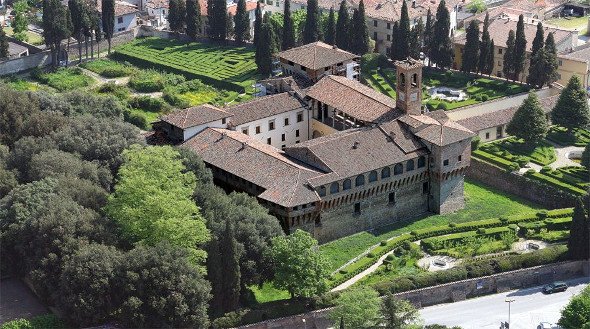 (4 min from the farmhouse)

Don’t miss the Bufalini Castle: located in the centre of San Giustino, fortress of 1492, later transformed into a grand villa by Vasari, it is surrounded by an Italian style garden with a labyrinth. Just 2 km from San Giustino is the former Republic of Cospaia, a very small village in the middle of a strip of land which, due to a mistake in the division of borders between the Papal State and the Grand Duchy of Tuscany, remained a “no man’s land”, so much so that it became an independent state. Near San Giustino were also found the remains of an ancient Roman villa, which belonged to Pliny the Younger, exhibited at the Museo del . Near the hamlet of Celalba, you can admire the Villa Magherini-Graziani (1616); recently restored, it houses the Tobacco Museum (in fact, it is in the territory of the municipality of San Giustino that, in 1575, the cultivation of tobacco was started for the first time in Italy).