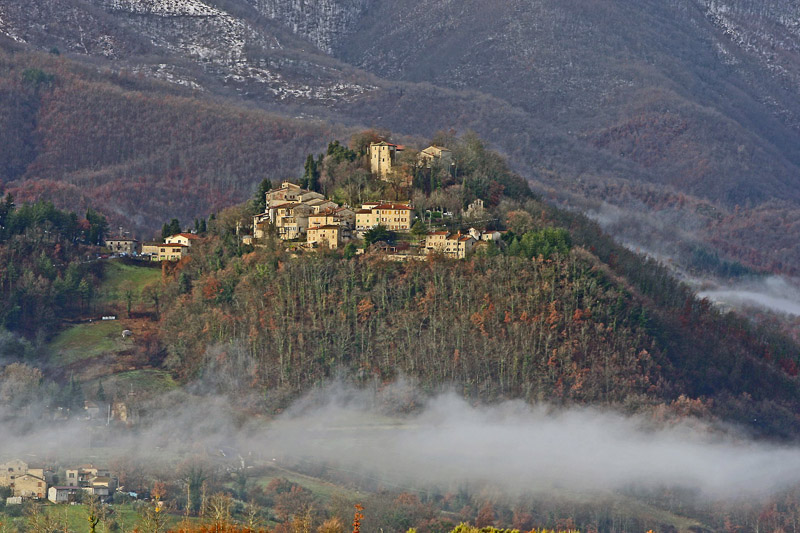 In the very name of the village, it bears the memory of the famous Michelangelo Buonarroti, who was born here on 6th March 1475. The territory is made up of a green valley, dominated by the wooded mass of the Alpe di Catenaia, called Alpe della Faggeta or, simply, Faggeto by the people of Capri, and crowned on the top by the vast and restful grassy expanse of the Prati della Regina. From this mountain rivers and streams descend very clear.

Because of its serene and secluded beauty, far from the clamour of the world, this valley has also been called “God’s little valley”. Caprese Michelangelo is not centralized in a single nucleus but the population lives scattered in various small villages and groups of houses, like in a crib. Here and there are characteristic villages, ancient stone buildings and centres of faith and spirituality scattered in the woods or meadows, such as the Eremo della Casella, the Santuario della Selva, the Abbazia di Tifi and the Pieve di San Cassiano.

There are countless itineraries that can be done in the middle of nature, both on foot and by mountain bike.