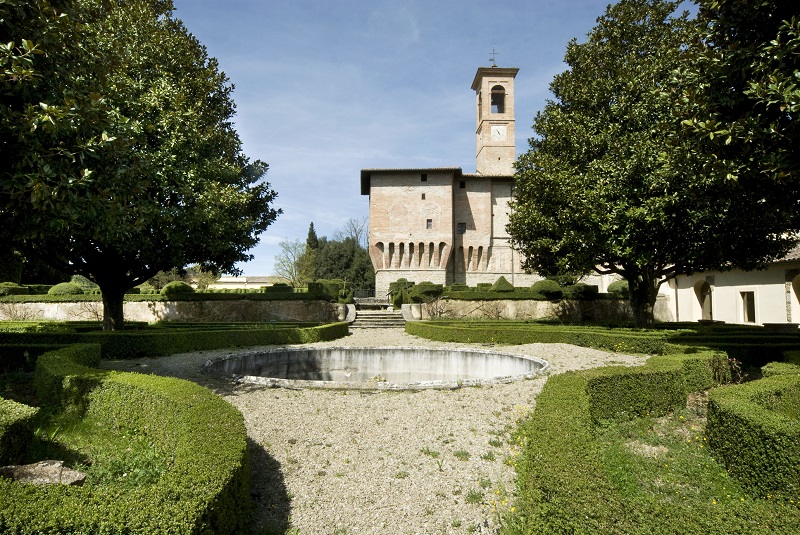 Located right in the centre of the village of San Giustino, the complex of Palazzo Bufalini (XV- XVI century) looks like an elegant residence surrounded by greenery within the walls.

The quadrangular fortress with four towers has the characteristics of military architecture in which medieval elements coexist with more modern Renaissance buildings. From 1487, the castle became the property of the Bufalini family who enriched it with works of art, including remarkable frescoes with mythological subjects by Cristofano Gherardi known as Doceno, dating back to the second half of the 16th century.